It's Happening, I'm Getting Deported! 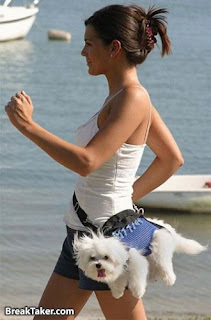 Today was a nice day, part lazy, part busy. Me and mom hung around my apartment for a while this morning. I got a call from the woman in charge of my disability claim saying she's having trouble getting my medical records from my GP, who sucks at life, so I had to go down there and fill out paperwork, but no one was there to tell me that my records will actually get sent - there's been a bunch of changes at the office I go to and half of the doctors went to a different office, needless to say, they don't even have phones where the records are...such a giant pain in the ass. So I won't get my check until we get this sorted out, what a giant pain in the ass. But anywho, then me and mom did some shopping at Target, I got a few little things for Chemopalooza part deux, then we went and got our pedicures. It was pretty nice and fairly cheap, $25 and they used lavender and a fancy scrub - usually it's like $40 for those kinds. Mom liked hers too, she even got a glass of wine there. Oh and by the way, her hair looked fabulous today - I blew it dry for her, nice and straight. I told her the less hair I have, the better hers looks- 2 reasons - I'll do her hair since I can't do mine, and hello, mine was way better before I lost half of it so now hers looks fab! Ha!
I still haven't met my neighbor's dog yet, I haven't heard the whimpering today, so I haven't tried knocking again :( Sad lamb.
Me and mom had yummy pizza for dinner tonight and I ate a TON! I guess it's kinda like my last meal before surgery... even though I can eat breakfast, and it won't do anything to me eating, but let's go with that :) I'm so excited that tomorrow I'll be deported!!! I can't wait to heal up and be on my way to me again! As for my leg, it's pretty gross but it's feeling a bit better - well a lot better since yesterday morning, a little better since it was sliced. I'm keeping gauze on it since it's still bleeding and gross - I know you needed to know that, ha ha!
So if you're wondering, Chemopalooza is going to officially be August 4th, so mark your calendars! I'll put together an evite in the next week or so too. Shine up those drinking shoes, because you'll need them! I'm pretty sure that thru my TV cable I can do karaoke thru Comcast, so I'll try to play with that this week while I'm here - might be fun for the party. I honestly have no idea what people did during the last chemopalooza, but we all had fun -- we'll have to have MORE fun this round though.
So yeah that's pretty much my update for today. My muscles are pretty tired so I'm going to get back to lounging on the couch. Fingers crossed for an easy deportation!
XO!
Posted by Kelly Kane at 9:23 PM

Hi Kelly, hope all has gone well with you deportation--your freeeeeeeeeeeee!!!! Sounds like you had a lovely time with your Mum today.

Anything English you would like to help celebrate? Let me know.