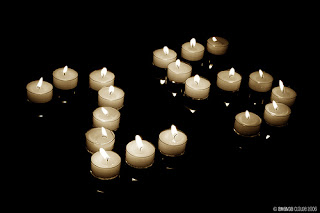 It's funny, when I was going thru chemo I couldn't wait until my 25th birthday because I knew that would mean that I would be done with chemo, cancer free and feeling better. Well my birthday is 2 weeks away and yes I'm feeling a little better than during chemo, but I still don't feel awesome, and I still don't know if I'm done with cancer. It's so frustrating. I'm pretty much living in denial right now because there is nothing else I can do. I'm not a fan of denial or the land of limbo, but there's not much else I can do right now. Anyways, I'm going to be 25 in 2 weeks, it's freakin' crazy! Who would have thought by 25 I would have gone thru all of this crap!
Anywho, what else... I'm debating on going to Block Island for a few days - maybe starting tomorrow. I have to be back on Wednesday so I can go fight that ticket, grr. And of course, Wednesday looks like the best beach day so far! I'm kinda lazy though - my body has been really achy and I haven't been sleeping well for the past few days. My feet were swollen too. I'll figure out if I'm going when I wake up in the morning since I would still have to pack and stuff. I want to bring my pup too, but he likes to growl at little children on the ferry, so we'll see. PS right now he's snoring on my bed next to me. I took him for a little walk tonight and I think that's why he's being nice to me and snuggling :)
Oh and I was doing some thinking about my itchies, and now I'm starting to wonder if I have the hodgkin's "itch" -- I asked some folks on the lymphoma board and they all have different explanations of their itch when they had it. I'm going back to the dermatologist on Friday so I'm going to mention this though -- hopefully they don't think I'm a crazy hypochondriac- but the spots on my leg haven't gotten any better. Brian mentioned that there is a derm at Yale that specializes in the hodge itch, so if I don't get any more insight, I might be going to him. My fingers are starting to dry up though, so that's exciting. They're now kinda sandpaper-ish, hopefully I can stop using the steroid soon and start using hand cream instead.
So yeah, not much else is going on with me. Stay tuned for more updates.
XO
Posted by Kelly Kane at 11:22 PM

hey lady
From what I hear the hodge itch isn't a rash. you just itch, uncontrollably to the point that you break through the skin and still feel like itching. So i don't think thats what you got, but i'm no doctor, just passin around the info that i do know.
Hope you make or did make it to Block Island. Have a nice little get away!
Ohhhh dogs growling lol I remember that from saturday night however that dog was the size of a pea lol he was so little, but such a big growl! Someone was'nt watching the Dog Whisperer lol!
Hope you're hangin in there well!

Yeah. the Hodge Itch didn't come with a free rash when I had it. I think the way I would explain it is that it itched the way skin itches when it has gotten sweaty and isn't washed very soon. It gets irritable and itchy. Mostly on my upper body, not much that I remember on the legs. I hope that doc knows his stuff and can give you some help.