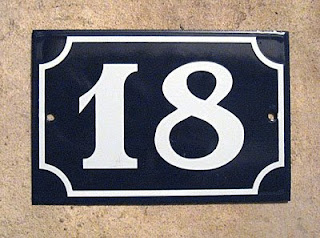 Some good news! Chemopalooza has been ranked number 18 on a list of the Top 30 Inspirational Cancer Survivor Blogs by the MRI Tech blog. What an honor to say the least. Not gonna lie, it brought a few secret tears to my eyes when I found the email. And it's so funny to know that I know about half of the folks listed on this thing. Also, for Lymphoma being a more rare cancer, especially Hodgkin's, it's hilarious that there are so many influential hodgers on this list -- even more if you just classify it as blood cancers and add Leukemia's. Makes me think... was it because we're not a "cool enough" cancer to provide support to that we had to do it all ourselves?
Either way, thanks for including me in the ranking and be sure to check out the list, many of my pals on it :)
XO
Posted by Kelly Kane at 6:33 AM

Congrats on your ranking and on your volunteering for Leukemia & Lymphoma Society. We've got to stick together. Talk about rare cancers! I got stuck with one - t-pll (t-cell prolymphocytic leukemia) a relative of lymphoma. Only 100-140 cases per year. The joke - 15,000 people a year get B-cell leukemia so the pharm industry got busy developing a treatment for them, Campath (alemtuzumab) that turned out to be a life-saver for folks like me. Original prognosis 7.5 months, now 7 years out! I just started my own blog - BeingCancer.net. Check it out please. Thanks and good luck