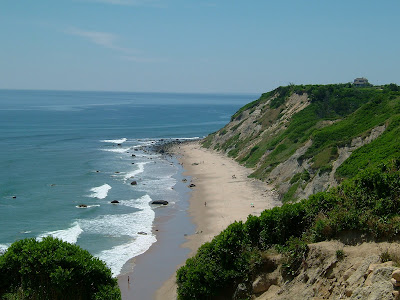 Guess what - only 3 chemo's left bitches!!! Hooray! So far chemo #9 went without a hitch, I'm a little snacky tonight (gotta love the decadron) but other than that just relaxing and watching TV. It was a good day at chemo today - we saw Michael, my first attempt at making a cancer friend - when I met him he was bald, super skinny, and had just gone thru a bone marrow transplant - he's about 55ish I'd say, but he and his wife are super nice and used to be in every other Thursday like me - but since he's better, he hasn't been in the hospital as much. As me and Dad were walking in the hospital we started wondering how Michael was... then I'm walking down to get my blood drawn and who do I see -- Michael! I see him sitting in an exam room with his wife and a full head of hair, big bushy eyebrows, and a little weight back on him - how exciting! I was very excited to tell him my good news, and they were thrilled to hear it! And the whole day was kinda like that - we made some new cancer friends on the way in, a woman with leukemia and her husband, and of course I saw the usual suspects Yolanda, my favoritest blood drawer ever, she's hillllarious and we love her!! Then of course I saw Tina, Paula, Kellie, and Tim - all very excited by my good news. It was good to start talking about the future - what happens AFTER chemo!! Hooray! Chemo went well today, it was pretty fast and I only had time to nap for about 30 minutes, what a scam, I'm sure I'll pass out tonight at a reasonable hour.
I go to Dana Farber on Tuesday to meet with Dr. Fisher for a second opinion on the master chemo plan. Once he signs off on everything I'll be good with the decision. I went and picked up copies of all of my scans to bring him and I also picked up the reports -- funny thing is, the catscan reports not only say that I have non-Hodgkin's lymphoma, but that I also have a gallstone of about 1.2 cm -- I was never told anything about it, kinda randomly crazy! And as the for non-Hodgkin's, obviously a typo, but what a bad typo. Those damn catscan people are not the smartest folks.
Oh good times. I'm glad I've been in such a good mood lately. I heart good news! AND I heart parties, and don't worry there will be several parties thrown. Check your calendar for July 4th...I might end up throwing a lil shin-dig in Block Island around then. I figure just a few close friends that are up for the trek and walking around to some bars and enjoying the beach! One thing is - they'll have to be able to put up with chemo-weight Kelly in a bathing suit, might not be the most glamorous part of the adventure, so just a warning :) There will also be a post-chemopalooza at fancytown (my apt) and probably one at my parents house for family - I don't screw around when I throw funeral's for cancer!!! :) I also expect these parties to be bigger and better than the first chemopalooza - keep that in mind!!
XO
Posted by Kelly Kane at 9:06 PM

We are not doing anything on July 4th. We will be with you in spirit!! There can't be a better reason to party than getting over this. looking forward to the photos.