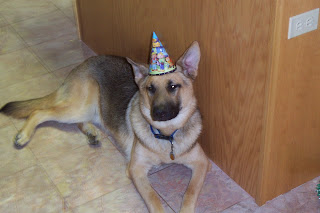 Wow, I'm exhausted!!! I went on the work outing yesterday, which was pretty amusing and tiring. It was a super gloomy day, only in the low 70s. We took a bus to the Essex River and did a little cruise and then they drop you off at a beach (it looks NOTHING like the pictures) and so we get to the "beach" and it's this wet, little "island" in the middle of the river. Yep, it was totally soaked and smelly like low tide! Really funny, but also kinda yucky and gross. Thank god I wore flip flops so I could just take em off. So then they actually cook the food for you at the beach, but everyone was starving when we got there around noon. They started serving beer and wine right away, but didn't feed us until about 2pm. Needless to say, I didn't drink any booze because I would have been WASTED! I did play a little volleyball, but it was kind of gross too, since we were all getting covered with sand and yuckiness. After that, everyone just kinda stood around and mingled, I wish we brought something like trivia or something to make it more social, but whatevs. It was still good for me to get out and be social and see people. And surprisingly, I didn't start crying once, hoooray! By the time we got back to the office I was beat! They had a softball game last night too, but I was too tired to play or watch, so I just went home to relax on my couch. I went to bed at my normal midnight-ish time, but I slept and slept some more, and didn't really get up until 1pm today, whoops! I'm actually still exhausted and I might take a little nap before I go out with Mandy, Jeff and Scott to Steve's birthday bonanza -- I even heard there might be kareoke!!!!

Oh and I of course couldn't forget that it's my dad and my dog's birthday today!!!! HOORAY! I just talked to my mom and she's giving the pup a birthday bath so that I can come home and pet him and not worry about getting more itchies incase he had them! YAY! I'm going to go home tomorrow to celebrate a day late, but good enough :) Then I was thinking I might go to Block Island at some point, our house is done being rented - and I could even bring the dog!! We'll see though, I have to go fight a expired inspection sticker ticket from the day before my first chemo -- I would have just paid it, but he also said I was speeding, so my insurance might go up. But seriously, you think the guy would have accepted the cancer card since it was sooo true then. I got pulled over because of my inspection sticker being expired for about a week - of course I had no clue since I was busy finding out I had cancer, and even told the police officer that, but he didn't care he still gave me a ticket. So now, I have to go fight it on August 30th. FUN!
Anywho, that's my story for now. I'll post more soon.

XO
PS Aaron thanks for your comment. I apologize if I'm stupid and I know you - but do I? I noticed you said you live in the Boston area so I'm confused now. Send me an email!! And Jon thanks for the dirty joke, I laughed, lots :) And no, I don't think you're a giant perv!
Posted by Kelly Kane at 2:53 PM

Enjoy the party, glad you're getting out and about and having some fun - even on smelly, wet islands (hmmm...sounds like Scotland ;) )

Oh, and give your dog and your dad a big smoochy Happy Birthday kiss from me when you see them.......xx

Aw, Kelly, I'm so glad you had a good time!! You deserve it, Sweetie.

I cannot believe you got a ticket, considering the circumstances. Um, wait, actually, I can. Sometimes those guys can be such.... well, you know right?

I love karaoke, too, and if you ever visit here, or I there, we are GOING TO SING!!!

Happy Birthday to your dad and doggie!