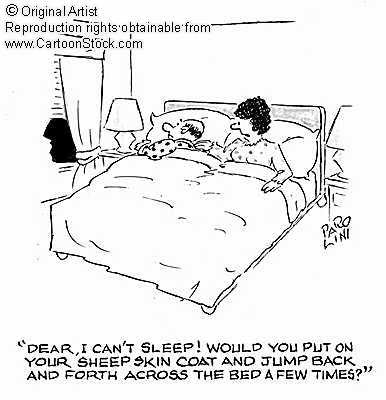 It's 4:41am and I can't sleep, so I decided it was time to post something. It's weird, I've been the anti-poster lately, on here and the lymphoma board, I just don't have the energy to write for some reason this week. I'm super exhausted lately and it's to the point that I feel like I'm blacking out when it's bed time and not remembering stuff like I was super drunk or something (but not). I also, all of a sudden have no memory, like delayed chemo brain, it's pretty fucked up! And of course, I'm getting itchier lately, which makes me worry about what lies ahead, since why else could I be so friggin' itchy other than the hodge is back... ugh
Tomorrow I go in for my pre-surgery meeting for blood work, an EKG, and a meeting with the anesthesiologist. I'm going by myself, I hope that's okay and that it's not anything too overwhelming. I'm going to bring some paper to take notes, but sometimes (especially lately) I space out and can't take good notes. I'll just make sure to repeat my notes to them and tell them I have chemobrain :)
I scheduled myself a massage for Thursday afternoon, I figure I might as well do it while I can and while I'm not worried about another friggin' scar and the pain associated with it. I can never have too much relaxation in my life lately, so bring it on! As I typed that, I realized that I was clenching my teeth, damn stress!
Today I decided to pop into work and say Hi to everyone since I don't know when I'll have time to again, since I probably won't be driving for a while. It was good to see everyone, and I got to meet with our CEO to catch up, I totally convinced her on purchasing a Nintendo Wii for our office! I think Nintendo should start throwing some cash my way since I'm like the Wii pimp these days! We have one of those giant projection screens which would be awesome for Wii, so hopefully in the next few weeks they'll have gotten one! :)
Me and Mandy were supposed to play tennis today, I got to her apartment, and we even changed into our tennis gear (aka sweatpants, ha ha!) only to find out these other guys were playing, and they ended up playing for a few hours, so tennis was a no go! Oh well! We got manicures instead, and then went and got some dinner. When we got back to her apartment Jeff and Scott were there so we all got to hang out for a while. Good times.
Hmmm what else....? I guess that's really all that's going on with me lately. I'm scheduled for surgery on Friday, surgery starts around 10:30am and I have to be there for 9am, dad is going to take me. I'm trying to decide if I'm going to go to my parents house on Thursday night so that my car is there or if I should just have him pick me up at my apartment like planned. I'll figure it out probably on Thursday. But I'm definitely going to at least get my massage before I leave :) I'm hoping it'll help make my body feel a lil better too, maybe help me heal better after surgery too since my blood will be moving better and stuff. Speaking of blood, I'm kind of mad at myself for being such a bitch and getting my port out so quick since I'll probably be doing a bunch of blood work and have IVs and stuff for surgery, damnit! I'm planning on most likely having some giant IV bruises, sad lamb! Oh well, shit happens!
Okay, well that's all I got...I think...I feel like I'm missing stuff, but I can't think of what. Sorry everyone, I've been really bad at returning emails and phone calls this week, I'll try and get better soon, or just keep stalking me and eventually you'll get a response. I hope everyone is well!
XO!
PS - One kinda creepy, morbid thing....I'm thinking about writing something incase I die during my surgery, or become brain dead, since those are some of the possible side effects... I was told 1/1,000 people die from this surgery, and well if you think about it, what's the statistic of people getting Hodgkin's -- pretty low (okay I just looked it up, an estimated 8,190 people will be diagnosed with Hodgkin's Lymphoma in 2007) -- so in the grand scheme of things, it really is a freaky possibility that I could be the 1 out of 1,000... and just for the record, if I become weird and freakishly brain dead, I would rather just have the plug pulled. If there's no hope for me to feel normal, know what's going on, etc, what's the point in living. So anyways, as morbid as it sounds, I might write something, but I'm not sure what. Just thought I would share, sorry for the creepiness.
Posted by Kelly Kane at 4:41 AM

Hi hon, I just wanted to say that I'm thinking about you. You can get through this. I know because you've done it before! Your thoughts aren't creepy, either- you're just stressed out. To the infinite degree. My number is on the list so call me if you want to vent. <3 Karen

Kelly,
I hope that your massage helps to you relax, I am sure that it will. Also reiki is good for relaxing I tried it after I hurt my knee.
I cannot imagine the pain and stress that you are in, but I am thinking of you. I wish you the best of luck in surgery.
Love,
Julie

Hey morbid Nintendo pimp ;o)- sorry you're feeling so crappy, but good on you for using your blog to vent! (and thanks for our emails - we'll reply one of these days!!)
Wullie and I will be thinking about you all day tomorrow and waiting for an update when you feel up to it to hear how it went...........you'll be fine with the surgery and hopefully there will be some positive news at the end of it - and not the HL kind :(

I don't really know what to say except I hope you don't die. It seems equally as morbid to actually type that, but it's the truth, straight up. Don't die.

I just called you, whats going on! ;)

Hi Kelly,
I just wanted to send you some good vibes before surgery tomorrow - you are a strong chick, you'll pull through great, I have a good feeling. :) Hang in there, we're all here for you!
- Jess

I just wanted to say good luck today! Knock 'em dead... the cancer cells, that is.

Hi Kelly, i'm in that type/delete/type/delete mode again, so I will just say: hope all goes well tomorrow and we will be thinking of you. Vxx

Kelly, we are all thinking of you and wishing you the best of luck and a speedy recovery. You are in our thoughts and prayers

Hey Kelly,
I think we've been on the same wave length lately. I'm so tired of this cancer bullshit. I wish I could use my blog to vent more. I can't seem to get it down. I keep worrying about my family and friends reading it. Keep expressing yourself. It's a good stress releiver. I know you're surgery will go just fine. Enjoy the good drugs they give you :) I hope you enjoyed your massage too. I'll be thinking of you.
Take care,
Jane

Regardless of the news, get us a post on here so we can all share. It sucks that you are itching, but that could be psycho-sematic or something. I get so fucking nauseous the night before and the morning of treatments now just at the thought of what happened after treatment #3. I couldn't even look at the hanging bags. I felt like a total puss.

Fingers crossed for you girl.

I've been off on some ER adventures, so I'm reading like a week work of posts. I think I am going to steal your Sad Lamb phrase. I'd like to share one of my pet peeves with you too.

I go into the hospital to have my port put it (my first port, I've had 2 central lines before). I go in for pre-op and I have a stinkin' fever that I never knew I had. So they wouldn't put it in. So I had my 2nd chemo with the irritants and vessicants (I can deal with it, it's just another week). But then I got tossed into the ER because of uber-low white counts and a fever (Do not pass Go, Do not collect $200, go directly to the sucky ER) So I get there and this geniusnurse (HA) is looking for a vein in my "good" arm, but its the arm I just had chemo in and its crazy sore. I pointed out where she shouldn't try to stick, and to where they usually do well. that was a waste of good breath, cuz she stuck me there anyway, between 1.5 and 2 cm from my chemo site. I wanted to put the ER in Murder. It was indescribably painful. So after rooting around for a while she declared that the place I said would probably be better and she stuck it immediately.

(Sorry about the Rant, but it continues)

So, after about 10 hours I get into my room inpatient. The nurses have to stick me to get antibiotics started, but geniusdoc didn't order fluids, so they would have to stick me pretty much every time they hang a bag Because My Veins Clot off the IV!! which I told them and they didn't believe, so they tried it. And now my favorite of all. If I have anyone as me this question again, I may just look for the nearest blunt object- the nurse asked me,in her most condescending voice possible...

"Have you ever thought about getting one of those port things, this would all be a lot easier!

Ok, sorry for the rant. I needed to get rid of some bitterness, sorry for splattering it all over your comments page.