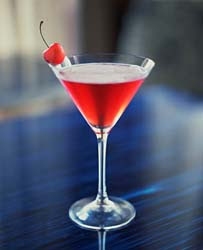 So no men have shown up knocking on my door yet, WTF!? :) Oh well. I had a nice lazy night last night. I watched Side Order of Life which Matthew Zachary had a cameo appearance in. They showed one of the I'm Too Young For This Happy Hour events - it was pretty cool looking, so of course, I sent him an email saying we need to have one in Boston, and apparently it's a work in progress. There is now a New England Region of I'm Too Young For You (I2Y) and they're working to get organized with fellow cancer fighters - especially in the Boston area....so if you're reading this, and you're near me, and have fought cancer and want to attend some sort of fun event, please email Tom Murdock so that he can generate a nice large list of cancer fighters interested in having fun!
Anywho, I'm heading home tonight or tomorrow afternoon to hang out with my mom and then go to Block Island on Thursday. I only brought a few things to wear here, so I'm glad I have laundry in my apartment :) Anywho, I'm pretty lazy right now. I woke up this morning with a terrible stomach ache and thought I was going to be sick, eventually slept it off and am now just tired and lazy. Soon enough I'll get my act together and head home, I'm sure mom wants to play some Wii anyways! :)
My neck is getting gooey from the sterry strips glue or whatever is holding them on. It's in just a weird spot that most of the time they stick together and get yucky. Bleh. I wonder when I can take these things off...?? Hopefully soon they'll start to fall off on their own, I'm going to make sure to soap it up good tonight.
OKay that's all I got for now.

Hey,
My partner Candace just started down the Hodgkin's road and had her first Chemo Last Friday. She was diagnosed IIA and will be getting six cycles AVBD. She is just incredible so far. Did a two mile dog walk the day after her first treatment and went back to work today! She gets her port tomorrow so I expect she will slow down a bit for a few days.
It is very inspiring to read your blog and hear how well you are doing. I hope you had a good time on Block Island. It is a great spot. We live on the coats of Maine ...also a great spot.
We have started a blog for her at http://candacekickscancer.blogspot.com/
She would love to hear from a survivor.
Be well,
Dennis

Lol. I've got the steri-strip blues too. The docs told me to wait 7-10 days to take them off. All of them are still on my neck, but I have stealthily (so they won't notice) started to pull one steri-strip off of my port site each day. Its healing well enough and I'm not oozing anywhere, so I figure its time to give the thing some air!

I'm pretty happy with my port. Not so much with my jaundice-yellow bruising, but hey, my veins are happy.

Yeah, steri strips are weird. Not sure what your doc told you, but my mom the RN said not to pull them off - just to cut them back if they start to peel. They should fall off on their own. It seemed to work for all of Justin's bazillion inscisions he had from his surgery...lol. Good luck with that, and enjoy Block Island!

Hey you - have fun with your mom (and the Wii) !! Hope the weather is kind to you on Block Island - we're having our summer just now - obviously October is the new Summer in Scotland - shame I get to spend it with 2 sick little girls :o(

You found a red cancertini! Looks like we are set for November!