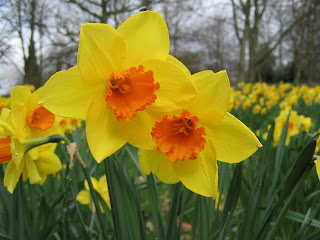 I'm slacking on posting. I suck. Whoops :) I feel like not a lot is new. This week really dragged and I'm really glad it's a long weekend! I got a super awesome broadcast hit for one of my clients - best part about it is they don't even know I'm actually on the account! Suckas! I can't post it online, but if you wanna see it, email me and I'll send you it.

Hmm what else. It's been really nice weather this week. I've had my windows in my apartment open for about 4 days. It makes for really good sleeping. I also put new, clean sheets on my bed last night, love it!

I had a date with date guy on Friday, but unfortunately it wasn't that date-like. He actually fell asleep on my couch when he got here!

Poor lamb, traveling all week. Note to self: never have dates on Fridays! My couch is super comfy and I actually fall asleep on it a lot lately too. I was just bummed because it was so nice out and we were inside -- well he was sleeping too! ha ha! He eventually woke up like an hour later and we watched Juno then I was ready for bed! As Veronica said, he's acting like we're kinda married, and umm I would rather lots of fun dates! So we will see. I still think he's pretty hilllarious and he gets me, so he's got a couple pluses on his side. However, I don't know if I'm ready to officially date someone that is only around during the weekend. Time will tell I guess. I'm trying not to get ahead of myself and just roll with it, it's more fun that way.


Yesterday I went and bought some sweet batting gloves for my batting cage excursions. My hands get all stingy without them, so it was a good purchase! Then I went to the batting cages and hit the shit out of everything. It was pretty awesome! :) I also went shoe shopping since HR told me we're not allowed to wear the flip flops that I love! So I'm on a mission to find dressy flip flops, but thus far haven't found any. I will though damnit! I think I actually might go today and look some more.

So yeah, that's about it with me. I was thinking about going to Block Island this weekend, but would have gone yesterday, then I realized that I wouldn't make the last boat... so I'm putting it off until another weekend. Besides, the weather is supposed to be nicer here than there anyways -- even though it's probably prettier there. Oh well! I'm sure my parents are enjoying a son-free weekend that they've definitely earned.
I'll try to post more soon, if there's anything exciting to post.

Beautiful photo of the daffodils! ;)

Enjoy the rest of what has indeed been a lovely weekend in the Northeast.

Kelly......marriage isn't all bad
;0)
Glad the weather's good - the sun's even shining in Scotland!