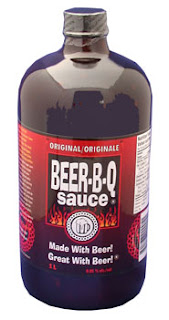 I just got back from a BeerBQ last night at Ashley's apartment. Her apartment is right in the heart of the North End and has an amazing roof deck. We packed probably 30-40 people on it, I think technically only 8 people are allowed up at a time - whoops! But such a blast, great view, lots of beer, and people.

I ended up and slept over my pal Kaileen's house. I was planning on being a lame-o and going home by 10pm, and then I got there and had so much fun that I decided to stay out all night! I think sometimes my anxiety gets the best of me, I thought I was going to feel super out of place, but really I didn't at all. Michele's friends from Texas were also in town and then all of Ashley's friends were super nice as well. I've decided I need to hunt for southern men here, chivalry is what I need and I secretly -- Okay it's not a secret -- heart southern accents.
Oh and I also met another man with Kelly for a last name... and you know how that goes... I told him flat out that he gained about 3 cool points just for his last name... ya know, so we can get married and I can be Kelly Kelly! ha ha I'm such a weirdo! But we're sooo not getting married but maybe he's got some brothers or something! I also got hit on a bit last night, which was a good ego boost, especially after the downfalls of Date Guy.
So yeah, that's my night, I wanted to share :)
XO!
Posted by Kelly Kane at 12:06 PM

So good you're having fun--no guy is better than a dull guy...and date guy sounded dull. "Right guy" will come along and then we'll all hear the news about"right guy."

LOVE IT!!! I've got tons more single, southern guys back home in Texas! We should make a trip down sometime!

Yeah, I love your post too! ha ha, I am your stalker!!